If you don’t live in a tropical area, you are probably not familiar with the idea that plants can have enormous leaves. If you think that the big indoor plants you managed to grow at home resemble a “jungle,” we forgive you. However, most of the species we grow at home at dwarf versions of the giants that inhabit tropical forests. But in nature, the same plants can look very different and have the biggest leaf in the world!

After all, leaves are a plant’s source of power. Tropical plants produce large leaves because they live in low-light conditions in forests. A larger surface area ensures the plant will capture more sunlight and provide adequate sustainment. But what plant has the biggest leaf in the world? In this article, you’ll learn about tropical plants you may never hear of but whose sizes will blow your mind.

The 10 plants with the biggest leaf in the world

The Winner: The biggest leaf in the world Rafia Regalis 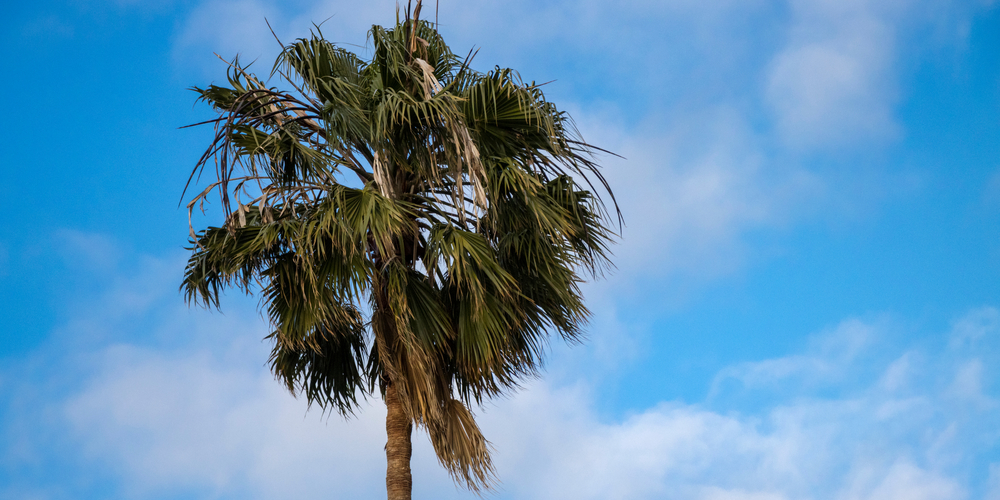 When measuring leaves’ sizes, assessing the biggest one comes down to how you decide to measure it. If for you, “largest” means “longest,” Raphia Regalis, a palm tree native to Central Africa, holds the record. Its giant leaves can reach more than 80 feet in height and be around 10 feet in width. To be precise, the sizes do not refer to a solid leaf. Instead, what reaches such measures are about 200 separate grouped leaflets that shoot out from both sides of the central stem. 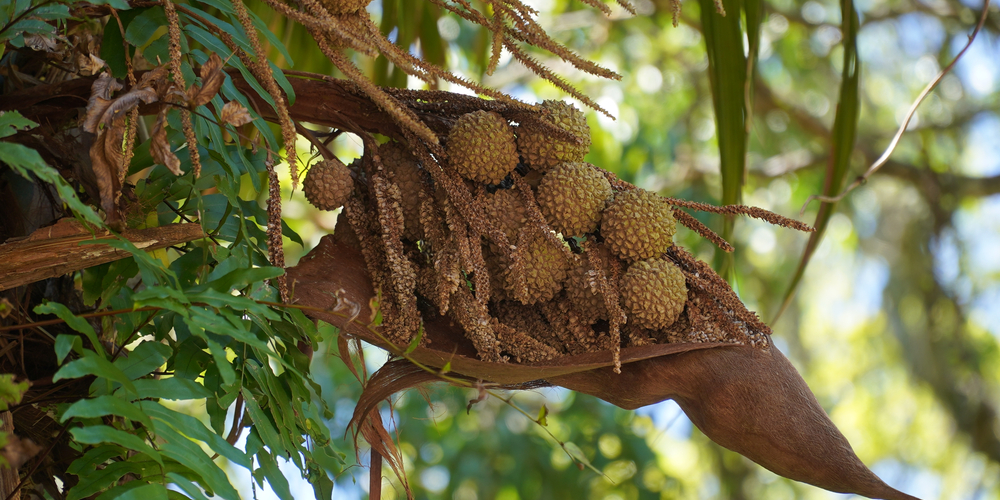 Manicaria Saccifera is another palm tree common in the Amazonian forest of Brazil but also present in Costa Rica and other Latin American countries. It produces giant undivided leaves that can measure as much as 26 feet. This tree thrives in swamps and estuarine areas. Locals often use Manicaria Saccifera’s leaves for roof thatching.

Coccoloba gigantifolia is a recent discovery in the world of plants. Native to the Brazilian Amazon forest, this tree displays human-size leaves that can go above 8 feet in length and about 5 feet in width. Botanists identified this rare species only about 30 years ago. In addition to the giant leaves, Coccoloba Gigantifolia displays a characteristic straight trunk with thick rigs. Despite (or maybe because of) their recent recognition, this tree falls under the “endangered species” category. They are quite a rare right in the forest! 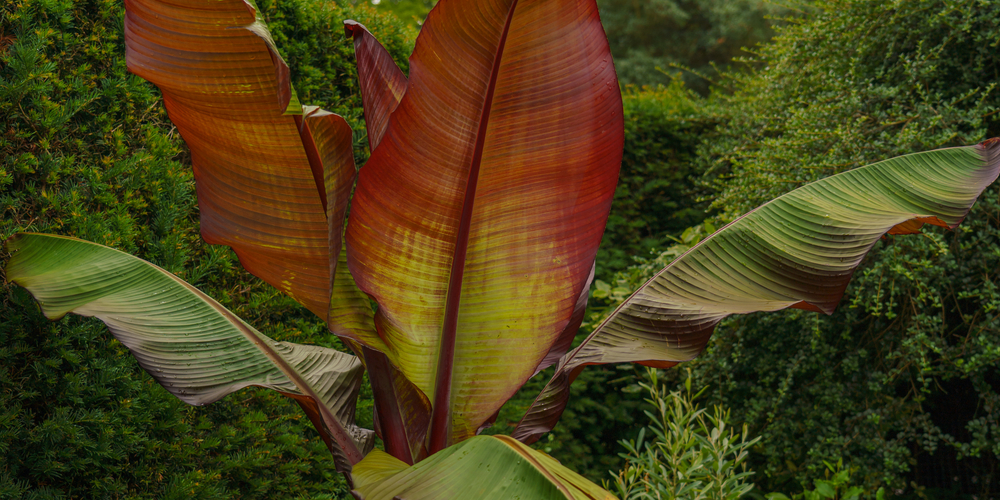 You may have seen this plant in artificial gardens already. Indeed Ensete ventricosum, also known as the Red Leaf Banana, is popular in Texas, Florida, and Southern California and is another plant with the biggest leaf in the world. In nature, the plant produces leaves that grow six to ten feet in length. Native to Africa, this plant thrives in high-rainfall forests on mountains and on the sides of streams. Its younger and tender tissues are a source of food in Ethiopia. Locals cook them and eat them like the core of palms. 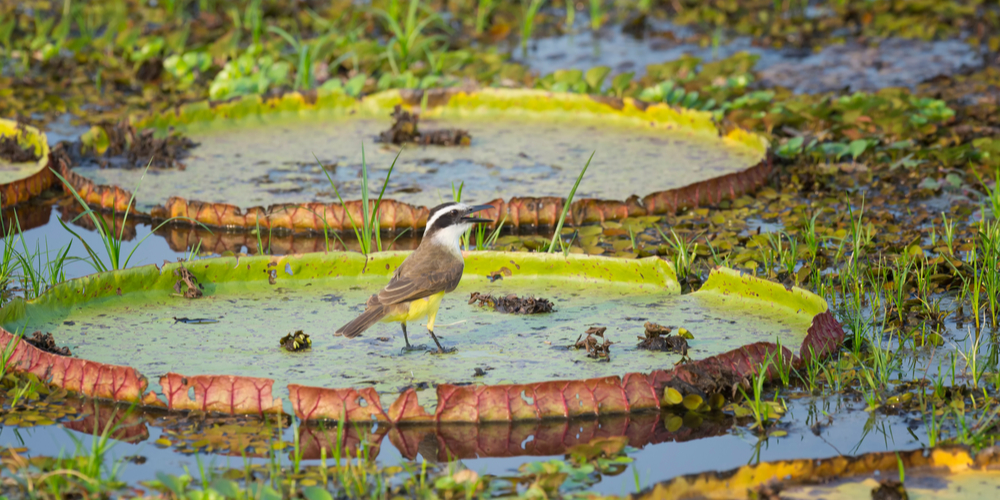 We have talked about terrestrial plants so far. However, they are not the only ones displaying huge leaves. Victoria Amazonica is a water lily that can come to measure up to a stunning ten feet in diameter. But its leaves are not the only things that hold a record! The stalk under the water surface can measure up to 26 feet in length, allowing the plant to support the weight of a small child.

This floating plant is native to Guayana and South America and produces beautiful white flowers that can take up to 48 hours to open fully. Fun fact: this plant developed a mutual relationship with a scarab beetle that contributes to its pollination process. The plant traps the insects inside their flowers, where the beetles feed on its starchy tissue. When pollination is successful, the flowers turn pink in color. 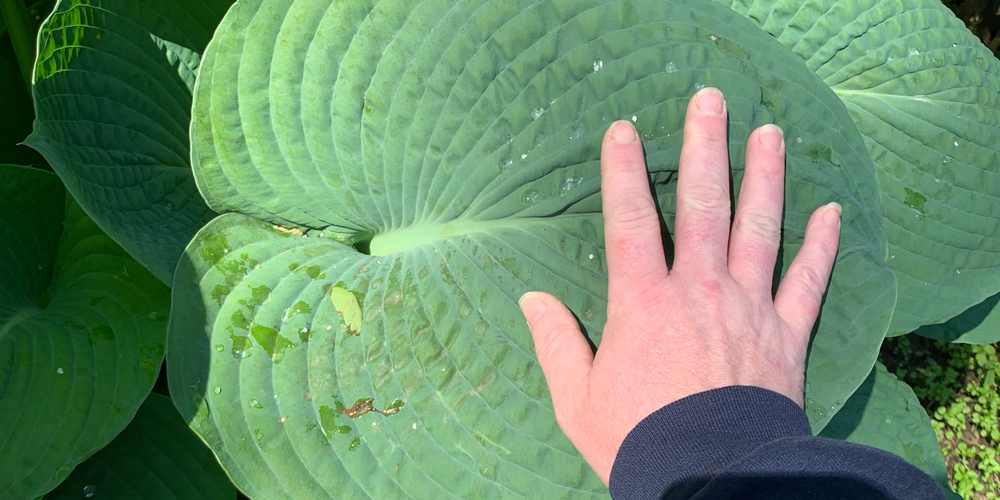 There are many varieties of Hostas, most of which are popular choices in suburban gardens. While you may know them as indoor plants, Empress Hostas display gigantic leaves in nature. The plant can grow around 5 feet in height and produces leaves that reach up to two feet in length. 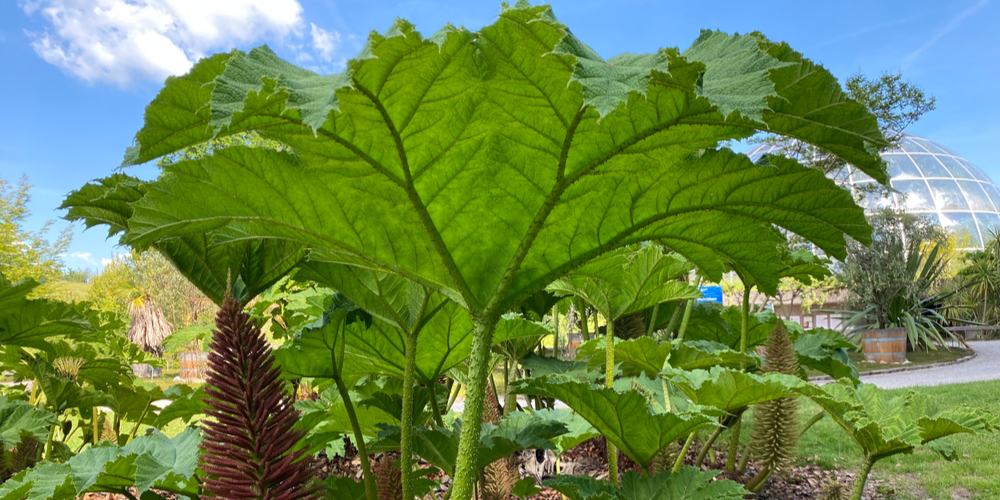 You may know Gunnera Tinctoria under the name of Giant Rhubarb. Regardless of what you call it, you should know that this plant, native to Southern Chile, produces one of the largest leaves on earth. This spectacular plant is a popular ornamental plant in most countries of the world, so much so that some places categorize it as invasive. Gunnera Tinctoria’s leaves can grow up to 7 feet long. The plant blooms in the summer and produces orange fruits. Locals eat its stalks eat fresh or cook them into jam. 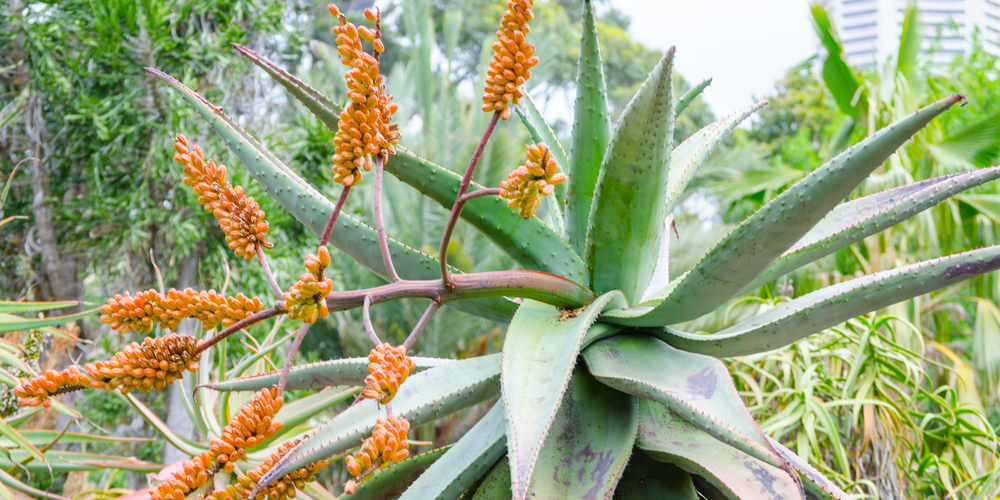 Aloe marlothii is a South African succulent that can grow up to 20 feet tall. Its leaves can reach 5 feet in length. Like many succulents, they display short spines on their surfaces. However, as it grows, the plant gradually loses its spines. Their only purpose is to protect the aloe from predators. When the plant reaches a height above 8 feet, the protection is no longer needed. Aloe Marlothi produces flowers that can be yellow, orange, or red. Like all other aloes, this variety blooms in the winter.

Also known as the traveler’s tree because of the protection its giant leaves provide to rainfall, this species is a unique mixture of the platan and palm species. Native to Madagascar, this plant produces groups of 20 to 30 lease that can reach up to 30 feet in length. When getting old, the brilliant green leaves turn yellow and break until they fall on the ground, forming a “ring” around the trunk. 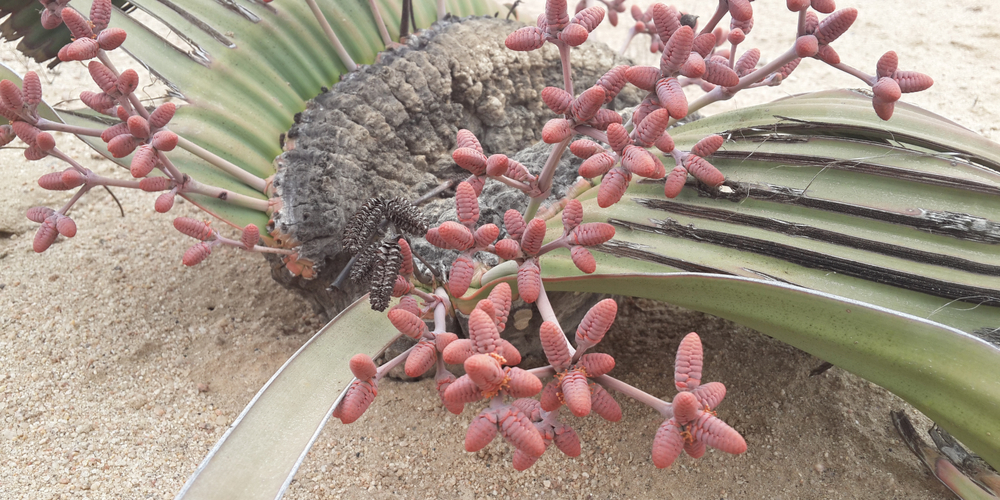 Last but not least, Welwitschia is a plant endemic to Namibia and Angola, also known as tree tumbo. The plant only grows two permanent leaves that reach up to 13 feet. Its shallow root system can survive as long as the living leaves, allowing the plant to live for centuries. While the age of individual Welwitschia is hard to assess, many botanists believe many plants in Namibia are older than 1,000 years. These plants are incredibly tolerant to drought and come go for months with less than four inches of water.

Biggest leaf in the world: The Bottom Line

With this guide, you should now have a better idea of which trees have the biggest leaf in the world. Surprise your friends and family with your newly acquired piece of knowledge!