Many plants can easily be mistaken for parsley. Several weeds in the umbellifer family look remarkably like the herb we use most often in cooking. If you’re not careful, you might accidentally pull up one of these weeds instead of the parsley you meant to get! This article will discuss weeds that look like parsley and how to identify them. 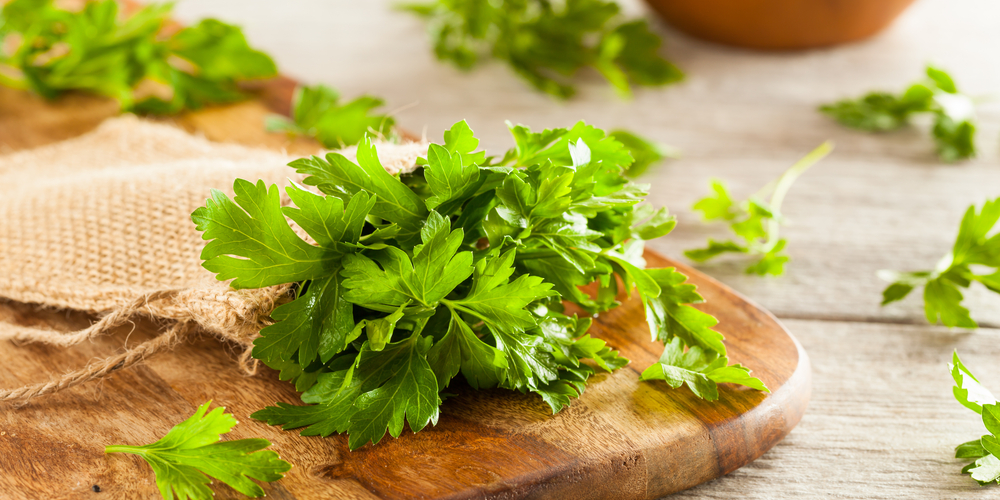 Parsley is a popular herb used in cooking worldwide. It originates in the Mediterranean and is often used to flavor pasta dishes, soups, and stews. Parsley is easy to grow in a vegetable garden or windowsill and makes a great companion plant for many vegetables.

The following weeds are part of the umbellifer botanical family and look very similar to parsley:

Bur chervil (Anthriscus caucalis) is a tall, erect weed that can grow up to 4 feet in height. The leaves are dark green and triangular in shape. The flowers are white and bloom in flat-topped clusters. Bur chervil is native to Europe but has naturalized in North America and is becoming invasive.

Wild carrot (Daucus carota) is a biennial plant that grows to about 1 to 2 feet in height. The leaves are deeply lobed and hairy, resembling those of Queen Anne’s lace. The flowers are white and bloom in flat-topped clusters. Wild carrot is native to Europe and Asia but is commonly found growing across North America in fields, pastures, and waste areas.

Shepherd’s needle (Bidens alba) is a very common annual weed. It reaches a height of about 1 or 2 feet in height but has been known to grow as tall as six feet. The leaves look like wild carrots, and the plant produces daisy-like blooms throughout the spring.

Cow parsley (Anthriscus sylvestris) is a tall weed with leaves that are dark green and triangular in shape. The flowers are white and grow in spays. Cow parsley is a short-lived weed that will grow rapidly throughout the summer months. It has hollow stems due to its fast growth habit. After flowering, the plant will drop seeds and then die.

Corn parsley (Ridolfia segetum) is an annual plant that is also commonly called false fennel or false Caroway. It grows to a height of between 16 to 39 inches. Corn parsley produces beautiful flowers referred to as ‘gold spray’ and is often used in flower arrangements. In many areas, corn parsley is popular for weddings and other celebrations.

Fool’s parsley (Aethusa cynapium) is a weed that looks very similar to parsley but is related to the hemlock family, which makes it poisonous. The plant is also commonly called toxic parsley or fool’s cicely. It’s less deadly than hemlock but should still be avoided. Ingestion can cause throat and stomach issues which, in the worse cases, will cause death.

Spreading hedge parsley (Torilis arvensis) is a common weed often mistaken for parsley. It’s native to Europe and has become invasive in many parts of the world. This weed is fast growing and has a spreading habit, which allows it to take over an area quickly. It is also very annoying as it produces burrs that can get stuck to clothing and animal fur, which is often how the plant spreads.

The plant has fern-like leaves and hairy stems that can grow up to two feet tall. If you notice spreading hedge parsley in your yard, it’s best to take action immediately to get rid of the weed.

Parsley is a common herb that can be used in many different dishes. With a little practice, you’ll be able to easily identify this versatile herb. When trying to identify parsley, look for its distinctive leaves. Be sure to correctly identify any look-alikes, as some plants that resemble parsley can be poisonous.

You may also be interested in finding out the differences between Italian parsley and regular parsley.