Plants grow sharp spikes to protect from predators and for seed dispersal. People refer to these growths as thorns, but technically not all of them are classified as true thorns. When clearing thorny weeds from the garden, definitions don’t matter as much as protecting your hands from cuts and jabs.

What Is a Thorn?

While people use thorns interchangeably for whatever sharp plant appendage pokes them, thorns have a distinct definition. Thorns developed from modified stems, where a leaf would usually grow. In contrast, spines are modified leaves and appear next to buds.

Despite the common association, even roses don’t grow true thorns. They grow prickles, which appear at random intervals on the plants. For this article, thorns, spines, and prickles will be used interchangeably to identify common thorny weeds.

If you need help identifying the thorny weeds in your yard, check out this list of some of the most likely perpetrators. 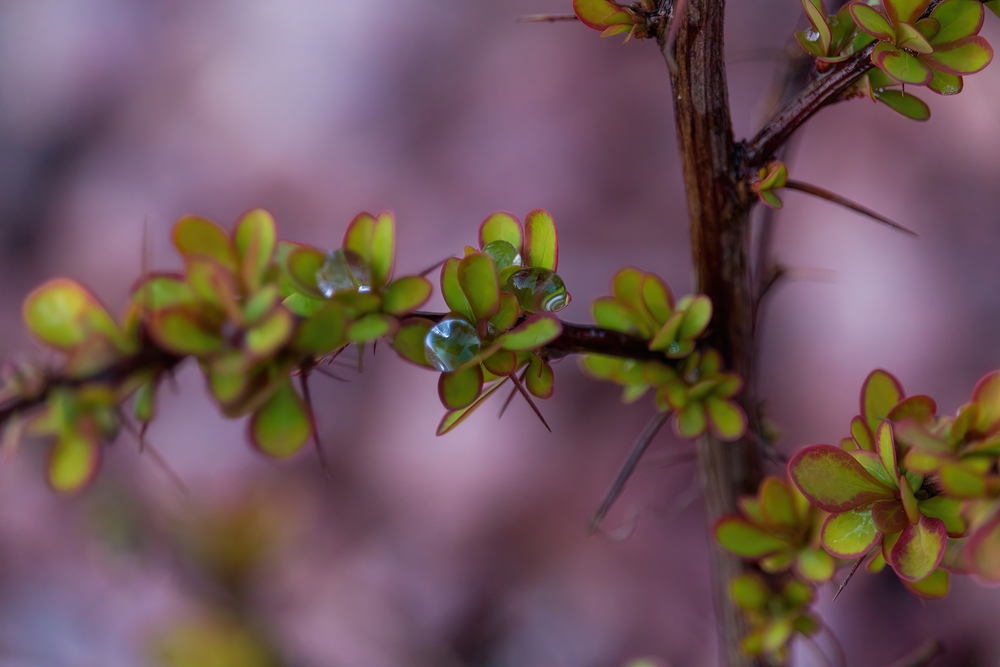 Beggarticks produces seeds outfitted with small barbs that catch on clothes. Light green leaves are divided into three to five leaflets. Bright yellow flowers are another marker of this weed.

A favorite summer snack of many, blackberry brambles can quickly get out of hand. Several species of wild blackberries act as weeds and can be challenging to control.

Also referred to as lawn burrweed, this plant grows especially in turf choking out plants. The seeds of this plant develop spikes that are sharp to the touch.

Another example of a spiny seed-producing plant, catchweed, is a native plant that grows up to six feet tall. The plant grows tightly together, creating matted piles of weeds. 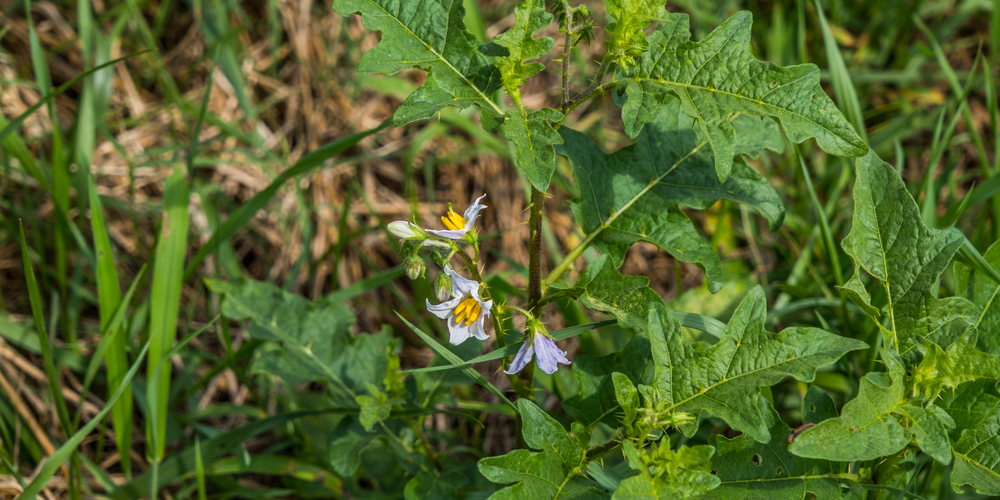 Horsenettle is a branching and spiny plant that only grows between one and three feet tall and has alternate leaves covered with yellow hairs. Horsenettle blooms with star-shaped flowers ranging in color from white to violet. 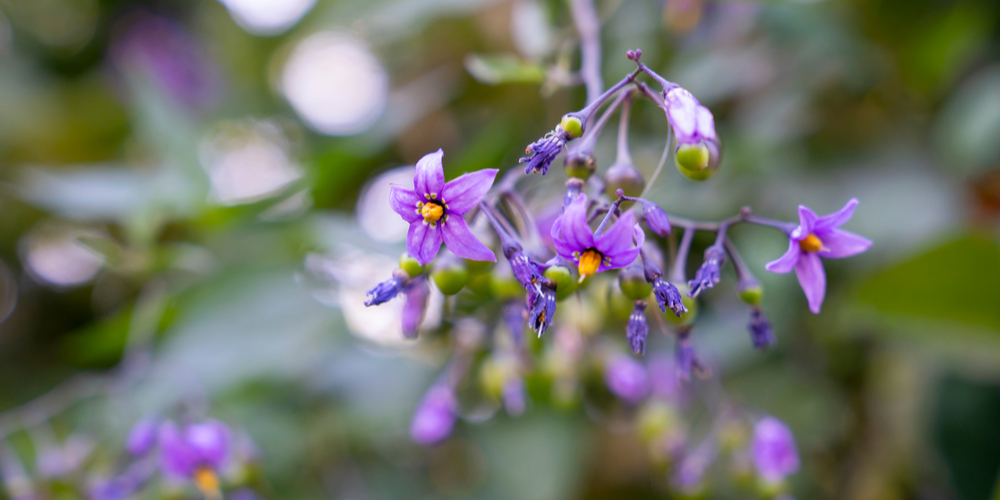 Though not every variety, species of nightshade produce thorns in addition to being widespread and poisonous. Foliage ranges from dark green to silvery in color, while flowers are typically purple.

Prickly lettuce presents oblong leaves covered with small spines along the outer edge of the leaf. More prominent spines grow on the leaf’s underside as well. Another indicator of this thorny weed is the milky juice exuded when the plant is injured.

A weedy vine with several species, Smilax is a native North American weed. In most places where they grow, they are evergreen and tough to remove in most areas where they grow due to extensive root systems. Thorns covering the vine also make removing this weed more challenging.

Spiny sowthistle isn’t related to thistles but shares the name because of their sharp spines. These spines grow on the leaf margins of the plant, which produces a yellow flower similar in appearance to a dandelion.

Also called the thistle mallow or spiny sida, teaweed grows in open land and agricultural areas. Green stems of the teaweed are covered with fine white hairs. Small spines at the base of leaves are another marker of this species.

Thistles are native to a great deal of the northern hemisphere and are easily recognized for their spiny protrusions. Many species exist, but one of the most detrimental is the bull thistle, a European variety with a large purple flower at the top of the plant.

There are various types of thorny weeds that you may encounter in your garden. Hopefully, the above information will help you identify them easier. You may be interested in finding out more about spiny trees.