Lilacs are a widely beloved flower. Their textured, paperlike petals bring a beautiful natural bouquet to any garden, and their scent is simply refreshing—there’s a reason that so many things are lilac scented, after all!

In some cases, though, a specimen can actually be an impostor, a lilac look alike that loves to lull lookers into leering longer.

Alliteration aside, certain flowers can look quite similar to lilacs, and there’s good reason to identify them—whether because you want a flower that looks like a lilac but don’t want the scent, or because you want to know what’s in your own garden. This list will break down some of the flowers that can pass for lilacs.

Although they grow in different forms (with lilacs growing on either bushes or trees and delphiniums being perennials), it can be easy to confuse delphiniums for lilacs based on their leaf texture.

Like lilacs, delphiniums have papery leaves that grow in clusters, often appearing in blue or purple tones. That said, delphiniums blooms tend to grow in a large, round clump around its central stalk, rather than in bunches of tiny flowers, as in lilacs.

Further, you can often distinguish delphiniums from lilacs based on color. Delphiniums can often come in reds and yellows, and while hybrid lilacs can appear in these colors, it’s far less common.

Finally, you can distinguish delphiniums from lilacs based on their bloom. Whereas lilacs bloom in the spring, delphiniums emerge in the summer. 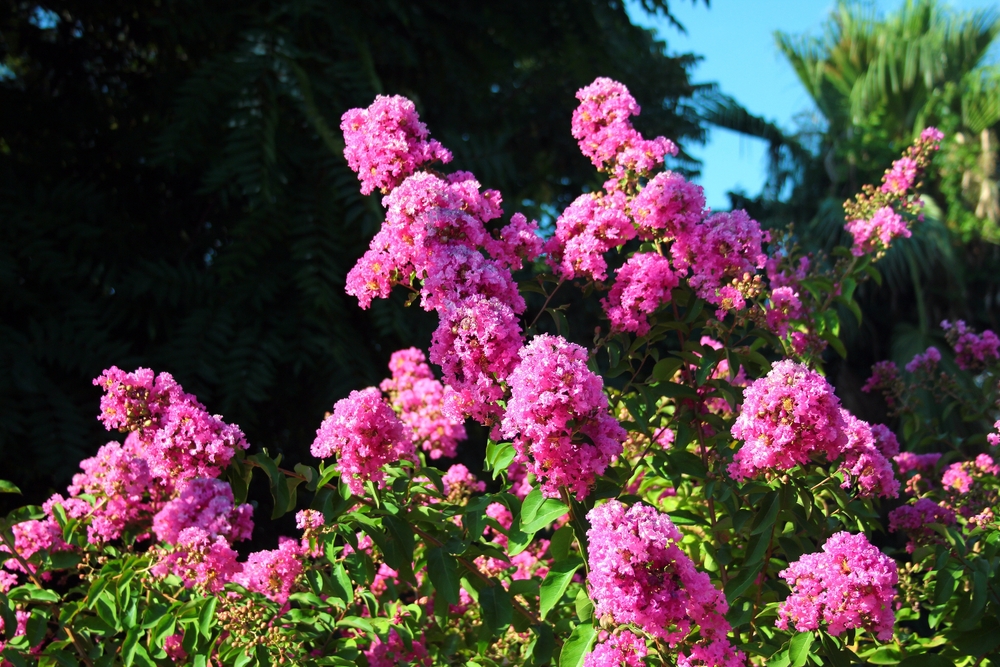 Another flower that looks like a lilac is the crape myrtle. The crape myrtle is a dead ringer for the lilac—-as reflected in one of its nicknames, “the southern lilac.”

Crape myrtle trees are most common in the southeastern United States, especially in the Carolinas, where they are recognizable by their peeling bark and vibrant blossoms, which come in hues of red, purple, pink, and more. Their similarity to lilacs is most marked in their delicate petals, their color, and their structure–they both grow on deciduous trees and shrubs.

You can tell a crape myrtle from a lilac by the length of their leaves, as the crape myrtle’s are longer and less rounded.

That said, the simpler clue is geography. Crape myrtles thrive in hardiness zones 7 through 9, which are far too hot for lilacs. As a result, if you’re a southeast U.S. transplant who wants to grow lilacs, your best bet is to settle for a crape myrtle—though really, is it even settling when it’s such a beautiful plant?

Certain varieties of hydrangea, such as the oak leaf and pinnacle varieties, can be distant lookalikes to the lilac. Granted, their lack of lilac scent and their radically different structure should give it away—but if you happen to find a discarded bunch of petals, then you’d be mistaken for not knowing whether the delicate blue-purple bunch was lilac or hydrangea.

Hydrangeas can be a strong choice if you want to grow lilacs and live outside of the flower’s traditional hardiness zones. They don’t have the same fragrant smell, but their thickly bunched petals can bring the same aesthetic volume to your garden as a lilac. 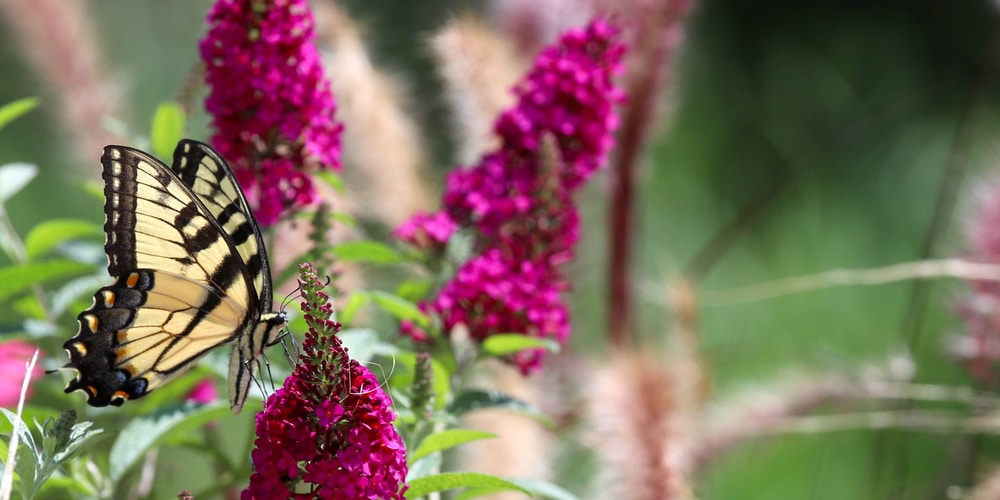 The final item on our list is the buddleia, a flower with a delightful name that stands alongside the crape myrtle as the most lilac-like flower on this list.

Structurally, the buddleia (also called the summer lilac, appropriately) resembles our favorite fragrant flower, with bunches of tiny flowers growing from branches on a large bush. It’s a particularly good choice as a lilac substitute if you live in a warm area or want the appearance of lilac in the summer, as buddleias grow quite well in hot climates.

But even better than all that? It’s called, for good reason, the butterfly bush. The sweet nectar of the buddleia’s flowers attracts legions of radiant butterflies, creating an enchanting environment that maybe, just maybe, tops even the lilac.

If you were looking for a flower that looks like a lilac bush, now you have a starting point with this list. Whether you’re playing flower detective and want to figure out the name of the lilac-look-alike in your garden, or you’re a lilac-lover who wants a substitute flower, any of the specimens on this list might be right for you. Now comes the hard part: deciding which one is most beautiful!