Most of us would want to go home to an aesthetically beautiful yard filled with greenery, blooming and vibrant flowers, and a soft and comfortable place to walk on and enjoy. Yet, not only are these garden spaces intimately pleasing to have in our backyards but it’s also proven to significantly help improve our mental and emotional health.

Alongside a beautiful garden, it also means you’re faced with multiple maintenance tasks. This may include using mulch as a decorative covering for your garden beds and to keep the ground soft and comfortable beneath your feet.

Additionally, tending a garden also means you’ll have to deal with different animals visiting from time to time. Some you may want around, such as butterflies and hummingbirds, while others, not so much, like snakes. So the question remains – will the kind of mulch you use in your garden attract snakes? Or, more particularly, are snakes attracted to rubber mulch?

Table of Contents show
Rubber Mulch: A Quick Definition
Do Snakes Like Rubber Mulch?
What to Do If You See a Snake In Your Yard
Final Thoughts

To start, let’s quickly go over what rubber mulch is. As the name suggests, it is a mulch made from recycled rubber tires. It became popular in the 1990s as an eco-friendly way to reduce waste while still providing the benefits that regular mulch offers; whether it be weed prevention or moisture retention.

Since then, rubber mulch has become a go-to choice for many gardeners and homeowners as it is also known to be rot-mold and termite-resistant. In addition, it doesn’t decompose like organic mulches, so you won’t have to replace it as often. Additionally, it also doesn’t fade or float away as wood mulch does.

However, take note that rubber mulch doesn’t have any fertilizer component. It’s there solely for decorative and protective purposes. Often used around patios, play areas, and gardens, it can last up to 12 years with little to no maintenance.

Also, rubber mulch can be placed in areas where plant growth is not desired, such as walkways and driveways. 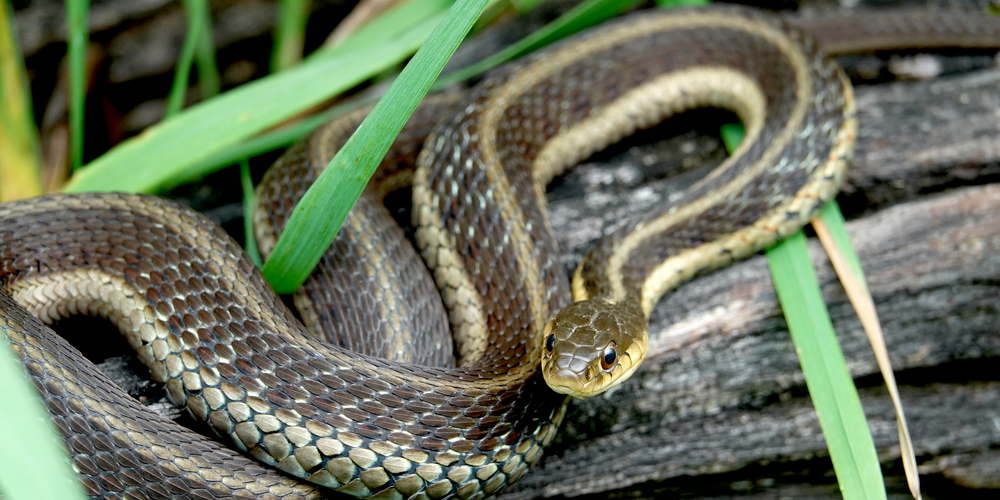 Most people are terrified of snakes and for a good reason. They’re often venomous and can kill small animals. Their long, slithering bodies can send chills down even the bravest person’s spine. So it’s only natural that you’d want to keep them away from your home as much as possible.

If you’ve ever considered using rubber mulch in your garden beds or around your home, you may have paused at the thought of snakes being attracted to the smell of rubber tires. After all, they are often found curled up next to or on top of car tires.

The good news is that no evidence suggests snakes are attracted to the smell of rubber tires or rubber mulch. In fact, snakes are either drawn to an area in search of food or a place to hide.

Whenever snakes end up hiding in your rubber mulch, either big or small, it’s probably because they’re attracted to the warmth the ground emits. Snakes are cold-blooded animals, so they often look for places that can help them regulate their body temperature.

What to Do If You See a Snake In Your Yard

While most unlikely, there is still a possibility that you may find a snake in your rubber mulch, whether it’s because they’re looking for food or a warm place to stay. So if you ever do come across one, the first thing you need to do is to stay away from it.

We have to understand that while there are some beneficial snakes like mole snakes and slug eaters that pose little to no threat to humans, there are also those that are venomous and dangerous. You don’t want to take the risk of getting bitten, so it’s best to leave them alone.

Identifying whether the snake is venomous or not can be tricky as there are many lookalikes. The best thing to do is to leave it alone and call your local wildlife control. They will know how to deal with the situation better than you ever could.

Clearing this up, snakes aren’t attracted to rubber mulch per se. Instead, they’re attracted to food or shelter. The likelihood of them ending up in your rubber mulch is quite low. But if you ever do come across one, the best thing to do is to keep your distance and call for professional help.