Have you ever plucked a juicy peach from a tree only to find it covered in a clear, gooey substance? You’re not alone. In fact, this strange phenomenon is actually quite common, and it has everything to do with insects. So here are the likeliest causes of clear goo on peaches – and what you can do about it.

What Causes Clear Goo on Peaches?

The short answer is that the clear goo on peaches is most often caused by pests. More specifically, it’s typically from one (or a combination) of three different types of insects: aphids, oriental fruit moths, and stink bugs.

Aphids are small, sap-sucking insects that feed by piercing plant tissue and sucking out the sap. They excrete a clear substance called “honeydew” as they feed, which can cause the fruit to become coated in a sticky film. As if that wasn’t bad enough, this film can also provide a perfect breeding ground for mold.

Stink bugs are shield-shaped insects that pierce the fruit’s skin to feed on the juice inside. These small holes are typically surrounded by a sticky residue called gummosis, a condition that causes the formation of sap on the surface of the fruit. While unsightly, this gumming is generally superficial, and the fruit can be eaten once it’s properly removed.

This small, grayish moth lays its eggs on the fruit’s surface, and the larvae tunnel into the fruit to feed. Like the stink bug, the holes left behind by this feeding also develop gummosis. However, the gumming from oriental fruit moths also contains frass (the excrement of the larvae), which means the fruit should not be consumed.

What To Do About the Clear Goo on Peaches 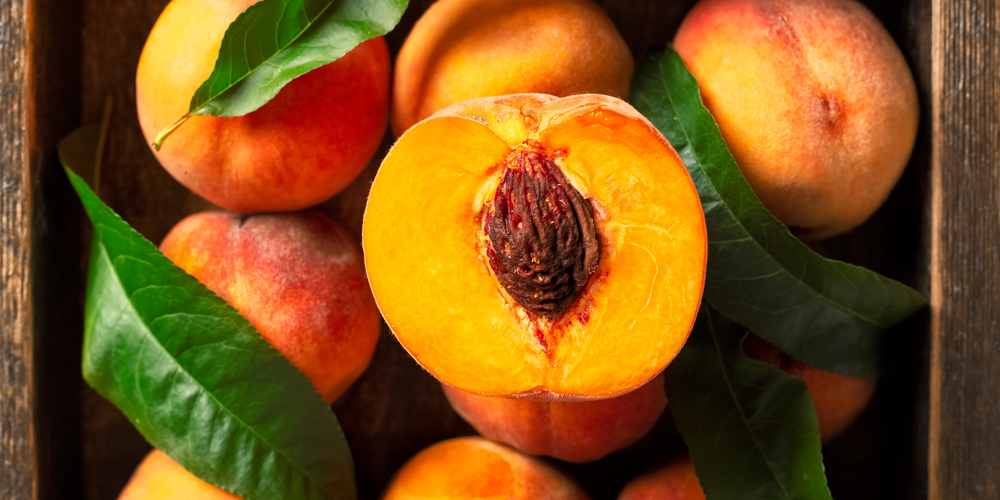 Now that you know what might be causing the clear goo on your peaches, you’re probably wondering what you can do about it. Unfortunately, there isn’t a single solution that will work in all cases. Instead, the best course of action will depend on the specific insect (or insects) involved.

If aphids are to blame, you can introduce predatory insects such as ladybugs or lacewings into your garden to help control the population. You can also spray insecticidal soap or horticultural oil, although the oil will kill beneficial insects.

For oriental fruit moths, first, remove any infested fruit from your trees to help prevent the moths’ spread. Then, you can set up pheromone ties, which slowly release pheromones that disrupt the mating cycle.

Finally, use insecticide sprays containing spinosad or Bacillus thuringiensis (Bt). These are safe for use on fruits and vegetables and will help to kill the moths, but Bt is harmful to butterfly populations.

If you’re dealing with stink bugs, you can again use predatory insects like lacewings or ladybugs to keep their numbers in check. Or interestingly, you can plant trap crops such as sunflowers, amaranth, or mustard to lure the stink bugs away from peach trees.

So, there you have it – the three most likely culprits behind the clear goo on your peaches. Of course, the best way to deal with the problem will depend on the specific insect involved. In most cases, can control the pests by using insecticides, natural predators, or traps.

If you’re ever in doubt, remember you can check with your local cooperative extension office for specific pest control recommendations.