Recognizing berry trees in Texas is beneficial when dealing with their fruits. Is the tree in your backyard dropping toxic berries or ones that are relatively safe? Learn the differences between Texas’ most common berry trees here.

Serviceberry varieties can be found in the majority of the eastern United States. These trees are prized for their attractive appearance, producing beautiful white blossoms in early spring and reddish purple fruits. Serviceberries are edible and pack a flavorful punch.

Big Bend Serviceberry is a native Texas species that ranges south to Mexico and Guatemala. This variety of serviceberry grows in full sun and reaches heights of up to ten feet. The fruit produced by this species is almost rosehip-like and similar in size.

Though an example of berry trees in Texas, Chinaberry produces berries you don’t want to ingest. While many tree berries aren’t palatable or are inedible to humans, the fruit of the Chinaberry is toxic.

This tree was introduced to the area, so it is not a native species. Initially used for their ornamental qualities, like tall height and a rounded crown, they’ve become somewhat invasive. The purple fruits can poison people and animals, so if you find one of these in your yard, consider having it removed. 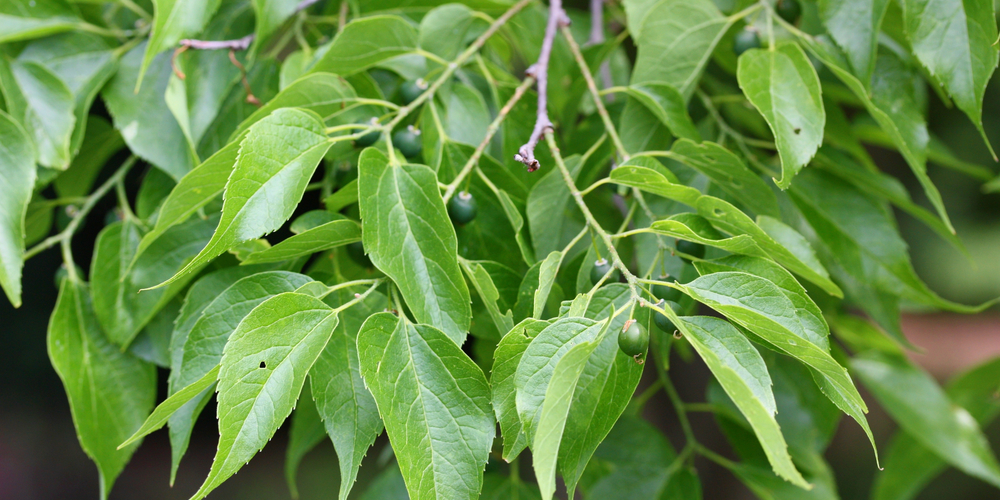 A variety of species of hackberry exist in the state of Texas. These trees flower in early spring with tiny, barely noticeable blossoms. These develop into reddish brown fruits. Hackberry leaves feel rough and measure around two to four inches long.

A species called Sugarberry is one of the most common in Texas. These trees grow exponentially tall, reaching heights of up to 90 feet. The fruits from the Sugarberry are usually lighter than other varieties with a more orange hue.

Red Mulberries grow all over the southeastern United States, including parts of Texas. A regional Texas Mulberry also thrives in a much smaller portion of the state. The berries of this tree are ripe when fruits reach a brownish-red, sometimes darker color. These edible fruits attract wildlife, but people can also consume the tasty berries.

The height these trees grow to varies by location, ranging from 15 to 70 feet tall, with taller specimens more commonly found in the north. Red Mulberry presents heart-shaped leaves with a variable number of lobes and a rough texture on the leaf’s underside.

With brightly colored berries lasting through the winter, Western Soapberry provides an attractive choice with only a few downsides. One of the most common berry trees in Texas, the Western Soapberry, is native to the state.

Green leaves with silvery undersides characterize the Western Soapberry, which grows up to 50 feet high. After flowering in the spring, the tree produces small clusters of orange fruits. Indigenous peoples of the area used these fruits for cleaning. When crushed and combined with water, the berries create a foamy substance.

These same fruits are pretty hard and can create tripping hazards when the fruit drops. Though the fruit doesn’t rot like other trees’, it can produce unwanted new seedlings.