Here are some of the most common bushes that produce yellow blooms:

While not an example of a highly fragrant honeysuckle, Bush Honeysuckle provides many benefits. A native variety not classified as true honeysuckle is a low-growing shrub that helps keep the soil stable and prevents erosion. These mounding plants produce small clusters of yellow flowers, attracting pollinators. 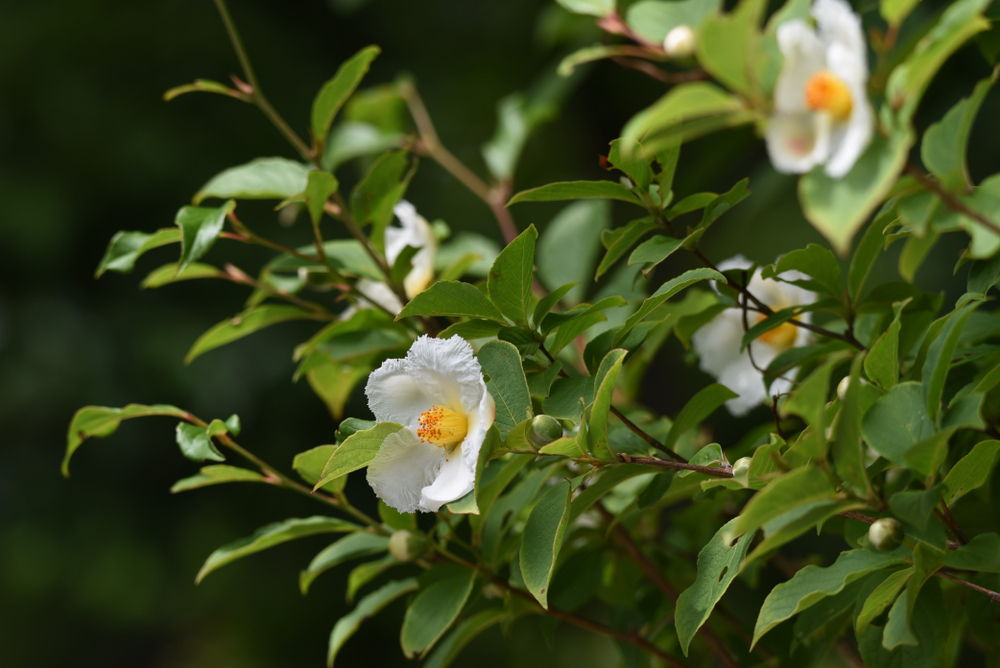 If you’re struggling with yellow flowering bush identification but can tell the shrub is evergreen, what you’re looking at may be a Camellia. While flowers from these members of the tea family range from pink to white, gold and yellow hues are also represented. With enough time, Camellia can grow up to 13 feet tall. 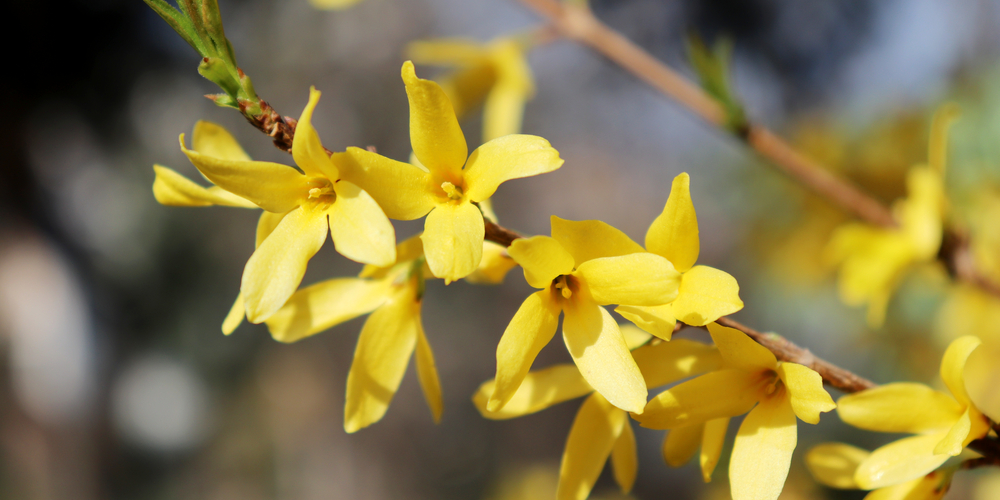 Forsythia bloom in the early spring, even before leaves appear on the plant. These yellow flowers last for around two weeks, creating a vibrantly yellow spot in your landscape. While these bushes are native to Asia, they have spread throughout North America.

A Japanese Kerria might be a good option for you. Not only can these cold-hardy shrubs tolerate shade, but they also do so while still producing small yellow rose-like flowers. Bright green foliage is another attractive feature of this ornamental shrub.

A ground-covering shrub, Lydia Broom is native to the Eurasian continent. These shrubs produce lots of tiny yellow flowers and sprawling stems on the plant. Lydia Broom tolerates many conditions and shows resistance to heat, drought, and deer. Simple, alternate leaves cover the plant, which grows up to two feet high.

An evergreen shrub, Mahonia produces showy flowers in large clusters. These yellow flowers mature into fruits. Many Mahonia varieties were imported from Asia, but the Oregon Grape is an excellent option with native roots. The leaves of these shrubs appear dark green and stiff in texture.

A member of the Laurel Family, this plant is sometimes referred to as the “forsythia of the wild” due to a similar blooming time of bright yellow flowers. These species are native to North America and can be found in lowlands, forests, and valleys. Northern Spicebush can grow as high as 12 feet!

Another species native to the Northern Hemisphere, Potentilla, is a small dense shrub with a long growth rate. Though it may take time, Potentilla reaches heights of up to four feet and grows just as wide. Compound, pinnate leaves and yellow flowers lasting from June until the first frost characterize this shrub.

With nearly 400 species of the herbaceous shrub found in the northern half of the globe, St. John’s Wort is a common garden addition and has been for centuries. These plants grow slowly and spread out through underground stems. St. John’s Wort is a summer yellow flowering bush that produces distinctive five petal flowers. 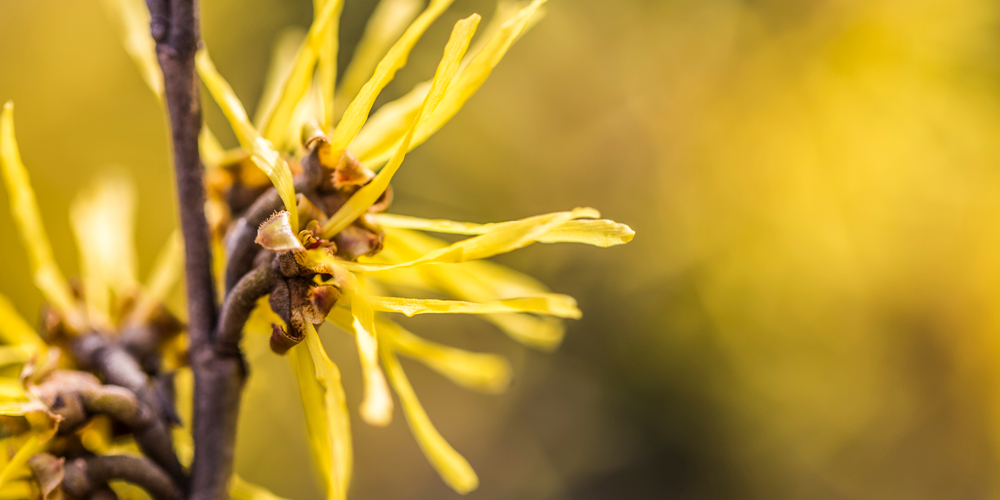 If you want to add some winter color to your garden, consider Witch Hazel. Long petalled yellow-orange flowers mature into small fruits, which later release seeds. Some Witch Hazel grows up to 15 feet, meaning it exists as a shrub and a small tree.

The only native European azalea, Yellow Azalea, grows up to five feet high over a long time. These long-lived favorites have attractive trumpet-shaped flowers in shades of bright yellow. Another name for the Yellow Azalea is the Honeysuckle Azalea because of the similar flower shape and shared pleasant scent.