Woody weeds are perennial weeds with hard, woody stems. They can be invasive or native. Woody weeds find their way into gardens from mulch seeds carried in on the wind or seeds dropped by birds or other small animals.

Woody weeds can be challenging to get rid of, but left unchecked can quickly overwhelm and overtake a garden or yard. Other than spreading quickly and becoming unsightly, they can take the resources away from the rest of the plants in your garden. Some woody weeds also present additional hazards.

Woody weeds include some trees, shrubs, and vines. Keep reading for the types and names of some common woody weeds to look out for.

Uninvited trees are usually not a good thing and can destroy the ecosystem of your garden or lawn.

White mulberry is an invasive species native to China. It has tiny white buds that grow along the stem; the pinkish, purplish berries look like blackberries. The mulberry can grow in suboptimal conditions and quickly outgrow other plants, stealing their space and resources, so it should be removed immediately.

Native to mountainous regions of the U.S. like the Appalachians and the Ozarks, the black locust has a reddish-brown to black bark. It produces pyramid-shaped clusters of flowers in the spring and feathery leaves in the summer. Its aggressive root system will steal resources and choke out other plants. They also have sharp thorns.

An invasive week, the Norway maple is native to Norway. They have a smooth, gray, mottled bark. Their seeds have wings and get easily spun in on the wind. They can grow in and shade out other plants and trees.

Other woody weed trees include:

Shrubs are one type of tenacious woody weed. Even if it gets removed, it can regrow if any roots have been left intact in the soil.

An invasive relative to native honeysuckle, bush honeysuckle has destroyed the native ecosystem, displacing native species due to its ability to thrive and spread in less than optimal conditions.

Blackberry is an example of a weed that some people don’t mind having. However, fresh blackberries do come at a price. Blackberry chokes out other low-growing plants and has an extensive rhizome system, meaning they can spread far and fast and be hard to get rid of.

Unchecked vines can cause problems for your garden, your house, and even your health. Knowing what you’re dealing with and how to manage it is essential.

Poison ivy is an infamous example of a woody weed. It can be identified by its grouping of three leaves. Poison ivy reproduces from rhizomes and seeds underground. The whole plant is poisonous, and care must be taken when removing it.

Called the “vine that ate the south,” Kudzu is an invasive species native to Japan and China. Once planted for erosion control, Kudzu quickly got out of hand, overtaking and growing over anything in its way. Kudzu can grow a foot daily and is infamous for literally growing over trees and structures like bridges and houses. 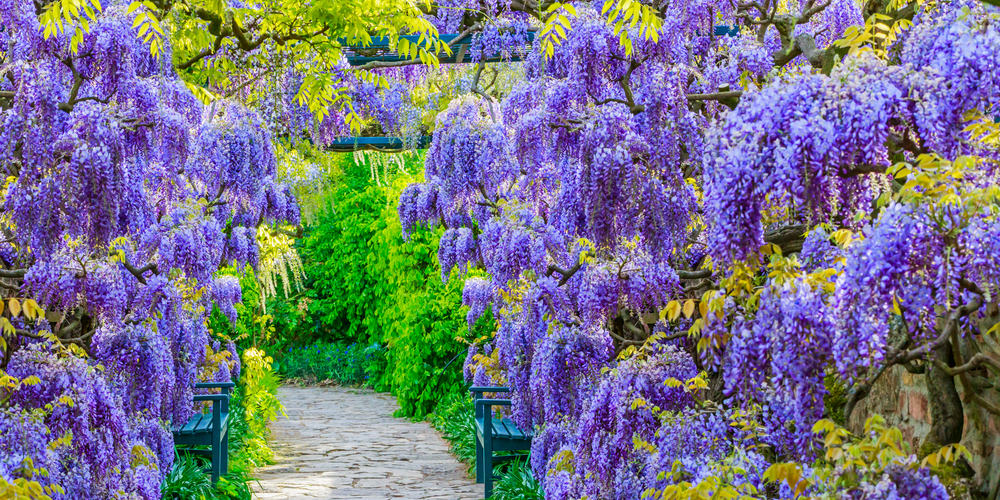 Wisteria, a beautiful, sweet-smelling vine, is an attractive weed. Still, it is crucial to understand that this vine is a weed, and it can choke out other plants and grow rapidly and overwhelm structures such as sheds, fences, and your house, if not managed and pruned regularly.

Other woody weed vines include:

Woody weeds can seemingly spring out of nowhere and take over your garden or yard in no time. In some cases, they can even threaten your home or harm your health.

Because weeds thrive in challenging conditions and grow “like weeds,” it can be hard to control or remove them completely. From controlling vines to pulling shrubs or using herbicides, once you know what woody weed you’re dealing with, you’ll be well on your way to dealing with it.