English ivy climbing a tree is only natural since it’s a woody vine, but since it can grow so quickly and cover your tree you might wonder, will ivy kill a tree?

So, can ivy harm your trees? More importantly, how can you remove ivy from a tree? We’ll cover more of that below.

Will Ivy Kill My Tree?

Ivy, common ivy and English ivy are one and the same. The evergreen perennial has its uses in the yard as a groundcover. Hedera helix is also classified as a vine and therefore can climb up trees, fences, and similar upright structures.

It’s okay to let ivy climb your tree and become a part of the landscape. However, there is such a thing as too much ivy, and if you’re wondering if ivy can kill a tree, then the answer is yes.

English ivy will not harm a plant, but it takes valuable resources such as water, nutrients, and sunlight from the surroundings. An ivy attached to bark is not harmful, but if it spreads and overtakes the tree’s foliage, then the tree won’t have a way to gather food and energy. Eventually, the tree gets weaker, is more susceptible to diseases, and might die in the process.

Like other prolific vining plants, ivy can ‘choke’ a tree and kill it by stealing nutrients and sunlight. Left unchecked, ivy can spread to your other plants and do the same thing.

That said, ivy will not kill a tree if its growth is controlled and managed with a watchful eye. You can let nature play its part in beautifying your yard or garden, and a tree with English ivy is a pleasing aesthetic. Just don’t let the ivy cover your tree’s branches and leaves and the pairing should work.

Should I Remove Ivy From a Tree?

Common ivy or English ivy will not harm or hurt a tree directly, but careful management should be done to ensure it doesn’t weigh down the tree or make it sick.

The only time ivy can hurt a tree or shrub is when it’s completely covering the tree’s branches and leaves, thereby limiting its ability to photosynthesize. Also, too much on the ground can take away water and nutrients that are intended for the tree.

Ultimately, the decision will be up to you. If the tree is healthy and you like the look of ivy climbing up the bark and giving your landscape some added texture, then you’re free to do so. Otherwise, you can control ivy’s growth or routinely prune it down so it can act as a groundcover.

How to Remove Ivy From a Tree 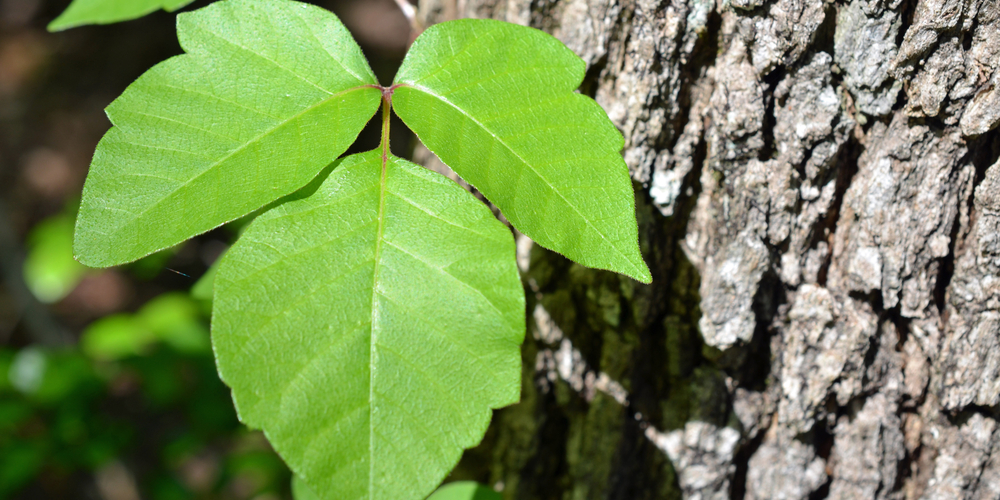 Your first instinct when trying to remove ivy from your tree is to pull at the vines, but this may lead to you damaging your tree in the process.

An English ivy’s vines will have roots that cling to the tree bark, and if you pull it off then there’s a high chance that pieces of the bark will come off as well. The bark is a tree’s protection from pests and diseases, and removing them will compromise your plant’s health.

That said, the best way to remove ivy from a tree is by using selective stem cuts and working on the base. Instead of manually pulling the stems, it’s recommended that you use garden shears or scissors to sever the stems that are wrapped around the trunk, effectively cutting off the support from the ground.

Without nutrients or water, the stems and leaves will eventually die. Once you see yellow or browned leaves and withered ivy, then you can gently tug at it or leave it as it is.

Then, focus on the ivy around your tree. Use a small shovel or spade and dig up the plant, including the roots. You can water the ground beforehand to make the work easier, but you should do a thorough job of removing all the roots so the ivy won’t regrow. It’s worth noting that you should be careful when working around the tree’s drip line so you won’t hamper its growth when removing ivy.

Once the ivy is cleared, you can prevent the chances of it coming back by laying down a three-inch layer of mulch around the tree and clearing out all ivy plant debris.