Weeds with a succulent-like appearance are often mistaken for desirable plants and can be found in garden beds, potted plants, planters, and other areas. It’s important to know the difference between these two types of plants to avoid mistakenly fostering an unwanted invader in your garden. Let’s look at some common succulent weeds. 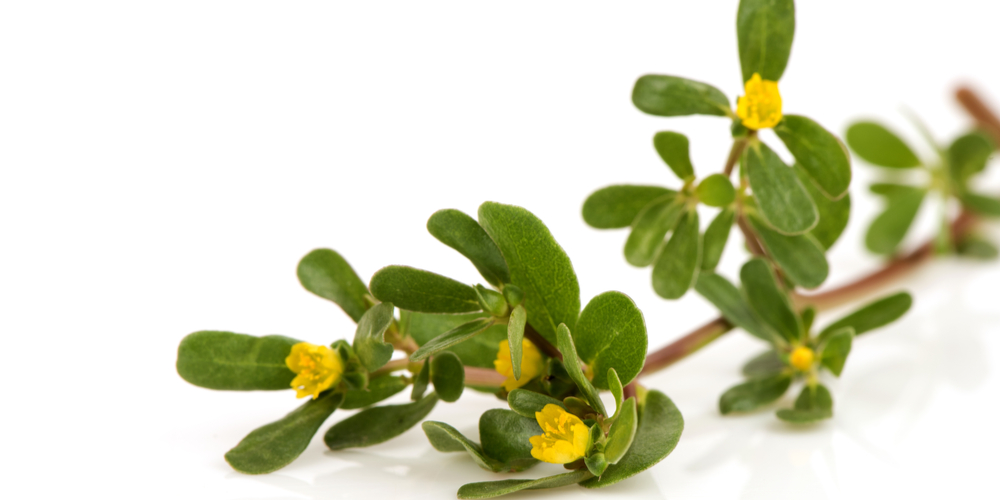 Purslane is the most common weed that looks like a succulent, but it is actually an annual herb. It’s an edible plant, but it can become invasive, and is considered a weed in most areas. This plant is native to many countries in Asia and is also related to portulaca, which is commonly called moss rose. Portulaca is a popular bedding plant that looks similar to purslane, which is why some gardeners confuse the two plants.

Purslane has thick fleshy leaves and trailing purple stems that look much like those of a succulent plant. It can spread quickly and produces a dense carpet of foliage that can quickly cover large areas. The plant has yellow flowers when mature, similar to some succulents’ flowers.

Purslane can become hard to control because it drops its seeds everywhere. It’s essential to identify and remove any plants before they can spread.

Spurge is a family of succulent weeds that includes many species. They are widely spread across the States and can be distinguished by their thick, fleshy stems and round leaves. Spurge produces small green flowers, which can be difficult to see due to the plant’s low-growing habit.

Spurge can be controlled by digging up the roots or pulling out each plant by hand. It’s important to remove all of the roots, so you don’t miss any and end up with a recurring weed problem. Spurge has a large taproot which makes it difficult to control.

Succulents that are likely to spread

Some succulents that are commonly kept as house plants or grown outdoors can become invasive in the right climate and will spread over nearby lawns.

Donkey ear plant is an example of a succulent that can spread and may be considered a weed. It can sprout up to five feet tall. The plant looks similar to aloe, though it has more pointed leaves and very small yellow flowers.

Sedum is a perennial succulent with small, round leaves and creeping stems. The plant spreads quickly and is considered an invasive species in many parts of the world. It can be difficult to remove entirely as it produces a lot of underground runners. To avoid it becoming a problem, it’s important to keep it contained and regularly pull out any new plants that appear.

Burro’s tail is a climbing succulent with long, trailing stems and soft, blue-green leaves. It can climb onto adjoining walls and fences, making it difficult to contain. As the plant spreads, its leaves can break off and quickly root in new places. It is important to keep an eye on this plant and ensure it’s not allowed to reach the neighboring property.

How to control succulent weeds in your lawn?

The best way to control succulent weeds in your lawn is by regularly monitoring them and removing any that you find. You can also use mulch or a pre-emergent herbicide to prevent the spread of these weeds, but follow the instructions on the package carefully.

Additionally, it’s essential to keep your lawn mowed to prevent these weeds from flowering and producing seeds. You should consider using native plants in your garden that are adapted to the local climate and will help reduce weed growth.

Be aware of these common succulent weeds so you don’t accidentally introduce them into your garden or landscape. If you see any of these weeds, be sure to remove them as soon as possible to reduce the chances of them spreading. With regular monitoring and removal, you can easily keep these weeds under control.